Developing the next generation of cancer therapies

Avacta is developing novel cancer immunotherapies combining its two proprietary platforms – Affimer® biotherapeutics and pre|CISIONTM tumour targeted chemotherapy. With this approach, the Company aims to address the lack of a durable response to current cancer immunotherapies as well as current high off-target toxicity experienced by most patients.

Avacta expects to enter the clinic with its lead pre|CISION™ programme, a tumour activated form of doxorubicin, in the middle of 2020. The lead Affimer® programme, a PD-L1 Affimer® antagonist, will form the basis of future bispecifics, combinations with pre|CISION™ chemotherapies and novel tumour microenvironment activated drug conjugates (TMAC®).

Avacta has established drug development partnerships with pharma and biotech, including a research collaboration with ModernaTx, Inc., a development and commercialisation deal with LG Chem worth up to $310m and a collaboration with ADC Therapeutics to develop novel Affimer® drug conjugates. The Company is actively seeking to license its proprietary platforms in a range of therapeutic areas.

Avacta’s proprietary Affimer® biotherapeutics can be developed for a range of applications.

Avacta works with partners where there is mutual interest in co-funding a development programme. 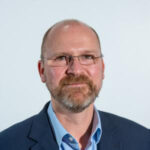 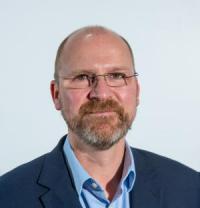 Alastair is the founder of Avacta, a biotech start-up with around 80 staff in two sites in Wetherby and Cambridge, and has been responsible for leading the management, strategic development and fund raising for the company since IPO on AIM in 2006.

Since 2012 Alastair has raised over £50m for Avacta to develop and commercialise Affimer® proteins. Avacta is focused on novel immunotherapies for cancer and will be in the clinic with its first programme in 2020.

The company is also building a revenue stream through licensing of Affimer® proteins to replace antibodies in diagnostics and research products.

Alastair has a degree and PhD in Physics from Manchester University and, after working in the US for a period, took up a position at Leeds University in 1995. At the age of 38 he was awarded the Chair of Molecular Biophysics and grew, over ten years, one of the leading biophysics research groups in Europe. He left his academic career in 2007 to focus full time on building value for Avacta shareholders.

Dr Amrik Basran has over 14 years’ experience of both the biotech and pharma industries. He completed his degree and PhD at the University of Leicester and has a background in protein biochemistry/engineering. He then spent 6 years as a post-doctoral researcher at the Institute of Biotechnology, Cambridge University isolating novel bacterial pathways involved with the metabolism of illicit drugs and high explosives. In 2002, Amrik then joined Domantis, a start-up biotech company based in Cambridge developing domain antibodies (dAbs), a novel antibody fragment technology. As Director of Protein Sciences, he was responsible for characterising the lead dAbs from early discovery for their suitability for drug development, supporting pre-clinical evaluations and tech transfer to CMOs. Domantis was acquired by GSK in 2006, after which he became Head of Topical Delivery (Biopharm Discovery Unit), supporting the development of biotherapeutics across the GSK portfolio. The group focused on discovering and developing a wide range of therapeutic antibodies, dAbs and proteins for delivery into the eye, skin and lung. This included developing formulation and delivery strategies for biotherapeutics for Phase I clinical studies. Amrik left GSK in 2012 and joined Avacta in 2013 as Chief Scientific Officer to develop the Affimer® platform for therapeutic use, focusing on immuno-oncology where there is a high unmet medical need for new novel drugs to improve the long-term clinical outcome for cancer patients.

Dr. Vincent is a senior executive with over 25 years’ experience in multiple areas of biotechnology and life science. He joins Avacta from Arisaph Pharmaceuticals where he led corporate development and therapeutic innovation strategy delivering around $100m in license revenues in the past three years. Prior to Arisaph, Matthew was Director of Business Development at Ocata Therapeutics where he had responsibility for all commercial affairs including product licensing and divestment, asset acquisition and complex commercial negotiations as well as the eventual acquisition of Ocata by Astellas Pharmaceuticals. Matthew’s experience also includes developing therapeutic product profiles for regenerative medicine and immuno-oncology, pricing/reimbursement and regulatory strategy. From his previous work as a lawyer and patent attorney, he has experience in worldwide patent portfolio strategy and IP diligence, regulatory affairs strategy, private and public financing and patent litigation.

Professor Hayday is the Kay Glendinning Professor of Immunobiology at the Francis Crick Institute, King’s College London, co-Leader of the Clinical Academic Grouping in Genetics, Rheumatology, Immunology, Infection, and Dermatology at Guy’s Hospital, and a Senior Group Leader at the London Research Institute of Cancer Research UK. He obtained his PhD in tumour virology from Imperial College London and then moved to work at MIT with Susumu Tonegawa, before his appointment to the Yale University faculty, where he rose to become a full professor in 1997 receiving the William Clyde DeVane Medal, Yale’s highest honour for scholarship and teaching. In 1998, he returned to Guy’s Hospital and King’s College in London.Adrian’s research interests include unconventional T cells, the regulation of tissue inflammation and the control of carcinogenesis. He was co-discoverer of the gamma-delta T cell antigen receptor, a discovery that generated widespread interest in immune cell function within tissues, and tumour immune surveillance. Together with long-standing collaborators, Prof. Hayday has succeeded in identifying critical roles for gamma-delta cells in primary immunoprotection against solid tumours, and in immunoregulation, particularly within tissues. He is internationally renowned for his work in immunology and has published over 200 papers.He was elected a fellow of the Academy of Medical Sciences in 2002, and won the King’s College Award for Business in 2009. He has been a member of numerous advisory Boards including the Scientific Advisory Board of Medimmune, and is currently a member of the Scientific Advisory Boards of HS Lifesciences and ImmunoQure. He also advises a number of bodies, including the Wellcome Trust and CRUK where he is Chair of the Science Committee, responsible for the oversight of basic and translational cancer research programmes.

Professor Evan’s research focuses on the molecular basis of cancer. To address this problem, he has developed a novel class of genetically engineered mouse in which individual oncogenes and/or tumour suppressor genes may be systemically toggled off and on, reversibly and at will, in vivo. In this way the most effective therapeutic targets can be identified. Using two such mouse models, his research has directly ascertained the therapeutic impact, efficacy and side effects of Myc inhibition and p53 restoration – two key targets involved in the process of cancer cell replication and regulation – establishing both mechanism of action and therapeutic index.Professor Evan serves as Member of the Scientific Advisory Board at Ensemble Discovery Corporation, is a Gerson and Barbara Bass Baker Distinguished Professor of Cancer Biology at the University of California San Francisco, Co-leader of the Cell Cycling and Signaling Program at the UCSF Comprehensive Cancer Center, which he helped create in 1999 and is Head of the Department of Biochemistry at the University of Cambridge.

Gerard Evan received his BA in Biochemistry from the University of Oxford (St. Peter’s College) in 1977 and his PhD in Molecular Immunology in 1981 from the University of Cambridge (King’s College). He worked in the laboratory of J. Michael Bishop at UCSF from 1982-84 and then returned to the UK to become an Assistant Member of the Cambridge Branch of the Ludwig Institute for Cancer Research and a Research Fellow of Downing College, Cambridge. In 1988 he joined the Imperial Cancer Research Fund (ICRF) Laboratories in London as a Senior Scientist (1988-90) and then Principal Scientist (1990-1999). He was awarded the Pfizer prize in Biology in 1995, and in 1996 was elected as the Royal Society’s Napier Professor of Cancer Research. In 1999 he was elected a Fellow of the UK Academy of Medical Sciences and later that year appointed to the Gerson and Barbara Bass Baker Distinguished Professor of Cancer Biology at the University of California, San Francisco. He was elected to the Royal Society in 2004, to the Neal Levitan Research Chair of the Brain Tumor Society and, in 2006, became a Senior Scholar of the Ellison Medical Research Foundation for Aging. In 2009, he was elected to the Sir William Dunn Chair of Biochemistry in the University of Cambridge where he is now Head of the Department of Biochemistry.

Professor Paul Moss leads the University of Birmingham’s world class cancer research as Director of the School of Cancer Sciences. His research is centred on the application of translational immunological research in the study of human malignancies. Professor Moss’s current research team comprises clinical and non-clinical research scientists working on a wide range of projects. His group is particularly interested in developing strategies to optimise stem cell transplantation for patients with haematological malignancies. Paul also has a long-standing research interest in cytomegalovirus, a herpes virus that in healthy individuals is asymptomatic but can cause severe illness in immuno-compromised transplant patients. Collectively, his research is likely to facilitate design of improved immunotherapy strategies targeted at cancer.Professor Moss is also Director of Research and Knowledge Transfer at the University of Birmingham and Chairman of the Infection and Immunity Board at the Medical Research Council.  In this role he oversees funding in basic, clinical and translational research applied to infectious human disease and to disorders of the human immune system. He also serves as a member of the Strategy Board at the MRC. Professor Moss is an Honorary Consultant at the University Hospitals Birmingham NHS Foundation Trust and he is the Clinical Service Lead for chronic lymphocytic leukaemia. Professor Moss is also a member of the Scientific Advisory Board of Cell Medica Ltd and he has previously been the Chair of the Cancer Research UK (CRUK) Clinical and Translational Research Committee (2008-2012).

Professor Rabbitts is a molecular biologist, working at the University of Oxford John Radcliffe Hospital, whose examination of the organisation and rearrangement of human genes over the past four decades has helped to shape our understanding of immunity and cancer. Professor Rabbitts was responsible for determining the genetic basis of human antibody diversity, which enables the immune system to fight countless pathogens, and revealed genetic translocations that cause some cancers.He has considerable experience in guiding the commercialisation of cutting edge biotechnology having been the Chairman of the Scientific Advisory Boards of Cambridge Antibody Technology and Quadrant Healthcare until their respective IPOs, a member of the Scientific Advisory Board of Domantis until its acquisition by GSK, Chair of the Medical Advisory Board of Oakes Lyman and he is currently a member of the Scientific Advisory Boards of Oryzon Genomics and of DiThera.Professor Rabbitts worked in Cambridge from 1973-2006 in the MRC Laboratory of Molecular Biology where he was joint Head of the Division of Protein and Nucleic Acid Chemistry together with the Nobel Laureate César Milstein. He was the Director of the Leeds Institute of Molecular Medicine from 2007 to 2010 and is now Professor of Molecular Biology at the Weatherall Institute of Molecular Medicine. He has been awarded the Colworth Medal (1981), the CIBA Prize (1993) and the Clotten Foundation Prize (2015) and was elected as a Member of the European Molecular Biology Organization (EMBO) (1981), a Fellow of the Royal Society (FRS) (1987) and a Founder Fellow of the Academy of Medical Sciences (FMedSci) (1998).

Interview with Alastair Smith on Joint Venture with Daewoong

Avacta’s pre|CISIONTM technology can be utilised in a drug conjugate linker or to generate chemotherapy pro-drugs that are only activated in the tumour.

We use cookies to ensure that we give you the best experience on our website. If you continue to use this site we will assume that you are happy with it.Ok